WHAT DOES A Child WITH DYSLEXIA SEE?

Dyslexia is a lifelong brain condition in which a person faces learning difficulty. Dyslexic people cannot correctly recognize the word or the letter sounds appropriate. They have a problem spelling or pronouncing the words correctly. Moreover, people with dyslexia can have trouble with language skills/verbal comprehension, auditory short-term memory, phonological awareness, processing speed, orthographic coding, phonological decoding, and/or rapid naming. They also hesitate to read out loud due to the fear of making mistakes.

Dyslexia is a common neurological state, but yet hardly people understand. There isn’t any single testing for dyslexia to diagnose it.  About 5–10 percent of people have dyslexia as some specialists while the others believe that the estimate is 17%.

Dyslexia can also affect a person due to family history, but it has nothing to do with upbringing, instruction, or poor teaching. Despite the learning disorder of fluency of reading and comprehension accuracy, a dyslexic person’s average intelligence cannot be judged. These people might be highly motivated, creative, and smart.

Due to struggling with letter identification, dyslexic people practice a lot of visual pressure. Mainly people see the words moving or upside down, inverted or half letters. They cannot differentiate the similar-looking letters like, ‘d’, ‘p,’ or ‘q.’

Moreover, their reading, writing, and spelling skills are inferior and confused while speaking due to inadequate vocabulary. In most cases, dyslexic individuals don’t rely much on words; instead, they use all their senses to interpret signals from images.

Various symptoms for dyslexia for children are identified concerning recognizing or seeing alphabets, letters, and words. A few of the widespread and significant issues correlated with dyslexic individuals are discussed in this article: testing for dyslexia

People with dyslexia have a problem seeing the regular letters as the original. They feel as if the letters are backward, inverse, or upside down in direction, and hence it makes them complicated to recognize them.

Some of the people with dyslexia have reported that they see the texts bouncing on the page. While reading any text, they often feel like the letters or words are jumping on the page. And hence they could not recognize what is written or read them appropriately.

In most cases, people with dyslexia cannot distinguish between letters that appear identical, such as o, e, and c. It becomes challenging for them to tell the difference and so cannot read them properly.

Dyslexic people find it tough to read the letters that have identical shapes but vary in their orientations. The example of such letters is b, d, p, and q. They often get confused whether a letter is b, d, p, or q. And consequently, they make mistakes reading the words.

These people also report that while reading any text, they cannot see writing correctly. They often feel as all the words and sentences have disordered, chaotic, and mixed without any sequence. Hence, in their confusion, they make blunders. In a few other cases, dyslexic people often report seeing the inverse spellings of the words. The words look completely backward of their original spelling. For instance, they see the words like a pen as nep, car as rac, bird as drib, etc. On the contrary, when they write, the same words may appear perfect. But when they try to read them, they can suffer some health issues, including fierce headache. 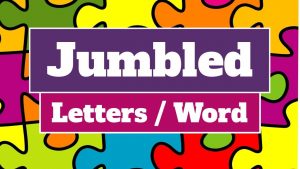 Another tough time these dyslexic people have to face is the phonics of the letters and words. They feel it very hard to match the exact sound with the actual words or letter. Hence, they mispronounce them in their mental stress.

A few people with dyslexia can come up with the word sound relating phase, but they have to struggle to memorize them. Despite hearing or seeing the same words repeatedly, they have to start all over again from the beginning every time they read.

While some others may read the words correctly but cannot make the proper sense or recall them, they repeatedly come back and repeat the same passage frequently.

People with dyslexia frequently struggle to see the words or letters in their real shape. Instead, they feel the letters or words as if they are upside down, reversed, half, backward, jumbled, blur, mixed, messy, bouncing, and distorted. All such optical illusions happen to them because their mind cannot interpret the correct form of the words.

An explanation of how words or sentences look to individuals with dyslexia is given below.

As seen by a dyslexic boy, the image shows that the words are very vague, messy, and mixed up.

All in all, any dyslexic person may have to face all the above word seeing problems or none. Moreover, it is also probable that such people are all ok with their reading capacity, and instead, they face difficulty in spelling or writing. This writing disability is instead of ‘dyslexia’ is often termed as ‘dysgraphia.’

But it is often seen that the root cause of these disorders originates from dyslexia.

Remember: Here, an essential thing to consider is that people with dyslexia have nothing to do with the eye problem. If they see the letter or words inverse, upside down, backward, bouncing, or jumbled, it is all due to their brain’s improper coding. Their mind cannot exactly interpret the letter or the words while looking at the text. 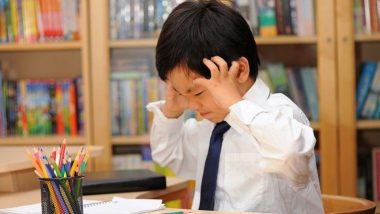